of the State of New York

"Allowable tax levy growth will be limited to two percent for a second consecutive year," DiNapoli said. “Just as local governments are receiving their final round of federal funding under the American Rescue Plan Act, they are facing economic challenges that will likely drive costs higher than expected or planned, making it harder to adhere to the tax cap as they prepare their budgets for 2023.”

DiNapoli said given this year’s inflation factor calculation of 7.17%, a majority of New York’s counties, towns and calendar year cities and villages could see cost increases that exceed the amounts they are set to receive in their final round of American Rescue Plan Act (ARPA) funds.

The tax cap, which first applied to local governments and school districts in 2012, limits annual tax levy increases to the lesser of the rate of inflation or 2% with certain exceptions. The tax cap also includes a provision that allows municipalities to override the tax cap. 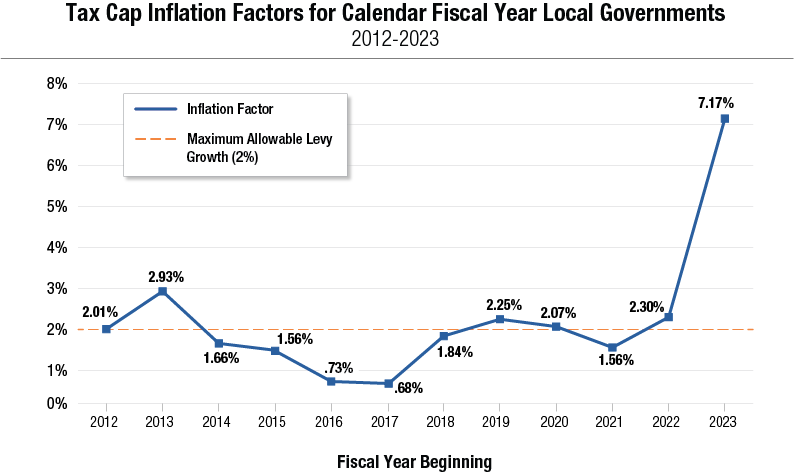